I Recommend You #PreOrder...Books Which Will Be Published in the U.S. on Tuesday, March 8, 2022 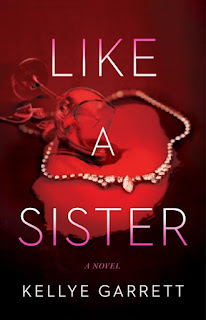 To launch a feature on my blog where I suggest a book (or books) that I recommend you pre-order, I cannot think of a better title than this:

In this "tense, twisting mystery" (Megan Miranda), no one bats an eye when a Black reality TV star is found dead—except her estranged half-sister, whose refusal to believe the official story leads her on a dangerous search for the truth.“I found out my sister was back in New York from Instagram. I found out she’d died from the New York Daily News.”When the body of disgraced reality TV star Desiree Pierce is found on a playground in the Bronx the morning after her 25th birthday party, the police and the media are quick to declare her death an overdose. It’s a tragedy, certainly, but not a crime.But Desiree’s half-sister Lena Scott knows that can’t be the case. A graduate student at Columbia, Lena has spent the past decade forging her own path far from the spotlight, but some facts about Desiree just couldn’t have changed since their childhood. And Desiree would never travel above 125th Street. So why is no one listening to her?Despite the bitter truth that the two haven’t spoken in two years, torn apart by Desiree’s partying and by their father, Mel, a wealthy and influential hip-hop mogul, Lena becomes determined to find justice for her sister, even if it means untangling her family’s darkest secrets—or ending up dead herself.“Crackling . . . One of those books that's best prepared for ahead of time, because once you pick it up, it will be difficult to put down.” —Alyssa Cole“A riveting, read-through-the-night thriller.” —Liv Constantine“Equal parts charm and heartbreak, with razor-sharp insights on class, race, and family.” —Laura Lippman“Smart with twists you never see coming.” —Walter Mosley“Domestic suspense for the Instagram gen. #lovedit.” —Lori Rader-Day

She also is a sensational person, and an active, generous and supportive member of the crime fiction community. Kellye serves on the Board of Directors for Sisters in Crime  is a co-founder of Crime Writers of Color.

Previous Books: Her award-winning debut Hollywood Homicide, a"Detective By Day Humorous Mystery" and its follow up Hollywood Ending feature protagonist Dayna Anderson, the "semi-famous, mega-broke Black actress...turned apprentice private investigator." What I loved most about these two mysteries is that they are FUN! (I re-read both during the dark days of 2020.) Dayna Anderson is an unforgettable, and very authentic character. She has wit, intelligence and she has common sense and integrity. Kellye Garrett brought her Hollywood insider knowledge and experience to the pages of both novels (she wrote for one of  my all-time favorite television shows Cold Case).

Posted by The Wiseacre at 12:13 AM No comments: