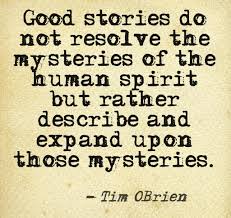 Here are my book recommendations for this coming week.

Beneath The Surface: An Inspector Tom Reynolds Mystery
by Jo Spain (Crooked Lane Books)
The second book in the series by the Irish bestselling author is a sharp, timely political thriller/murder mystery.

Play with Fire by William Shaw (Mulholland Books)
This police thriller set in 1969 London is the fourth in the Breen & Tozer mystery series. Shaw is an incredibly talented author, and I've loved his writing since reading She's Leaving Home in 2014. He perfectly captures "Swinging Sixties" London.

Miami Midnight: A Pete Fernandez Mystery by Alex Segura (Polis Books)
Set in Miami, this final installment in the critically acclaimed Pete Fernandez noir series "reinvented the private eye novel for a new generation," and he's going out on top. Alex Segura is one of our best crime fiction writers.
You do not want to miss this!

A Keeper by Graham Norton (Atria Books/Simon & Schuster)
I adore Graham Norton and delighted in his debut novel Holding, a darkly comic mystery set in a remote Irish village (a New York Times bestseller). A Keeper is the story of a young woman returning to Ireland after her mother's death who tries to unravel the identity of her father. I highly recommend.

The Swallows by Lisa Lutz (Random House)
Lutz speaks truth to power and exposes the gender war, and the savagery of teenage girls, in this incredible psychological thriller.

The Doll Factory by Elizabeth Macneal (Emily Bestler Books/Atria Books/Simon & Schuster)
This Gothic historical and psychological thriller, set in 1850's London, already is an international bestseller. Macneal's debut is ideal for fans of The Crimson and the White, The Alienist, and The Historian.

Thirteen by Steve Cavanagh (Flatiron Books)
Steve Cavanagh is an international bestselling, award-winning author, and deservedly so. In Thirteen (the fourth Eddie Flynn legal/courtroom/crime thriller), "the serial killer isn't on trial...he's on the jury!"

Thirteen won the Theakston Old Peculier Crime Novel of the Year Award and was chosen as a Publishers Weekly Best Summer Reads of 2019.
Someone needs to option this series and get it on the screen!

Chase Darkness with Me: How One True Crime Writer Started Solving Murders by Billy Jensen (Sourcebooks)
Already a New York Times bestseller (the audio book was released in April 2019), Chase Darkness with Me is an enthralling memoir and true crime narrative.Billy Jensen is  "an American true crime investigative journalist and producer, focusing on unsolved crimes, citizen detectives, and crowdsolving."