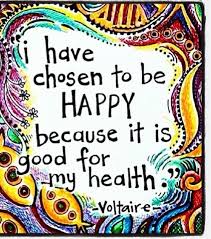 Remembering "Dancing at Lughnasa" on the Day Brian Friel Has Died

1991 was one of the most difficult years of my life because my father died on February 1st, and my beloved Aunt Elizabeth died on April 18th.  My heart ached daily with grief and the longing to see them again.  In the summer I learned that an Irish play was coming to Broadway, "Dancing at Lughnasa."  I had no idea what the play was about, and I was woefully ignorant about playwright Brian Friel.

When I went to The Plymouth Theater that October evening, and the curtain opened, the magic of the play spilled off the stage, into my eyes, my ears, my heart and my soul.  "Dancing at Lughnasa" is a memory play told from the point-of-view of an adult man, Michael Evans.  Michael recalls when he was seven-years-old, and he spent the summer of 1936 with his five unmarried aunts in Ballybeg, a small town in County Donegal, which is in the north of Ireland.  The family goes through a time of significant upheaval, and the events threaten to tear at their very existence as a family.  Friel's language is ethereal, exquisite, graceful, and yet true to how a family communicates.

This play was such a balm to me.  Friel's themes are about poverty, a threat to family union and harmony, the need for self-expression and liberation (which is expressed in the play by great scenes of music, singing and dance), all resonated with me hugely.  My father was a self-made man who came from true poverty.  He was a child of The Great Depression, and I don't think the fear of poverty ever left him.  He died at 59-years-old in part because he worked so hard.  I was artistic and intellectual, and often he and I would lock heads over my desire to become a singer and an actress.  He wanted me to have the security of a business job (and, not so secretly, he hoped I would go to law school). While he and my mother gave me a great college education, he saw that as a stepping stone to a good career and not an end unto itself.  My Aunt Elizabeth knew how sensitive I was, and she fully supported me in my creative endeavors. I was expected to play the guitar and sing at every family gathering. She praised my irreverence and incendiary thinking.  She accepted me for who I was.

After my father and my aunt died, my world, as I had known it all my life, ended.  My mother had lost the only man she ever loved, and, with her younger sister, her lifelong best friend. A lot of fighting went on between family members so my family faced the prospect, and eventually, an actual parting of ways and estrangement.  Friel's play was a mirror to my own experience, but more. "Dancing at Lughnasa" was tutorial for me. I decided I needed go after what I wanted because life is short and time is precious.  At age twenty-eight, this was an enormous truth.

I  realized that I could access my memories of my late father and my late aunt any time I wanted.  Life is never perfect, especially not family life.  But the best lessons I took from "Dancing at Lughnasa" was that life, while imperfect, was full of great moments and immense joy. The love I had from my father and my aunt helped shape me, and that love has never left me, although they have gone.

I saw that Broadway production, which won the 1992 Tony Award for Best Play, twice that October.  I saw a revival at The Abbey Theatre in Dublin in 2000.  I last saw a production at The Irish Repertory Theater in 2011.  The film version adaptation was quite good, but this is a play, and attains its highest power and strength when performed on stage.

Posted by The Wiseacre at 1:33 PM No comments: