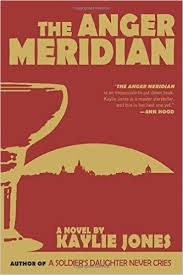 Merryn Huntley is a woman who has been keeping herself in line for her entire life.  If she had her own crest, the motto would be, “Estote semper parati” – “Always be prepared.” A model of self-restraint, Merryn keeps notes written in French all over her Dallas home in order to remind her about things she says and does which upset her husband Beau, a wealthy real estate tycoon who is rarely home.  (Merryn’s late father was a diplomat, and Merryn grew up in Paris and also Cameroon, attending French schools, so she is fluent in French.)   Merryn’s life revolves around being a good wife, and a good mother to her nine-year-old daughter Tenney.   But life spins out of control when two uniformed officers show up at 3:35 a.m. to tell Merryn that her husband was in a car accident with a waitress from the Blue Bayou.  The car hit a tree head-on while Beau was getting head from LouKeesha.  Merryn knew Beau had been cheating on her, but Beau’s social circle assumes she is extraordinarily naïve.  She is anything but. The phone rings and rings, and Merryn listens to the voice mail messages.  Jocelyn, the wife of Beau’s business partner Bucky, calls to console Merryn, but Merryn really has no friends in Dallas. A banker leaves a message regarding past due mortgage payments.  When Merryn tries using her credit cards, they are all declined.  Merryn wants to protect Tenney from the scandal surrounding Beau’s death, and decides that they’ll go to stay with her mother Vivienne “Bibi” in San Miguel de Allende, Mexico.  She takes Beau’s “emergency” cash—two thousand five hundred dollars—and hides it in the back of Tenney’s battery-operated talking bear, Blueberry.  Then she drives with Tenney to Mexico.

Kaylie Jones combines action, humor, insight, bawdiness, tenderness, flashback, a great story, complex characters, and creates a complicated, compelling woman protagonist, and that is only the first chapter of THE ANGER MERIDIAN!  This literary psychological thriller only gets better with each page.  The plot developments are intricate without being too elaborate.  Beau’s business dealings leaned to the nefarious.  The real intrigue, however, comes from Merryn’s past and her relationship with her mother Bibi.  Bibi is a full-fledged bitch out of a 1940’s melodrama, but she is not a caricature.  Bibi is beautiful, vain, self-involved, and, as Merryn notes, does not possess any natural compassion for others, especially not for Merryn.

While she should be fully focused on dealing with the fallout from Beau’s corrupt business practices—including visits from two FBI agents, and a possible connection to a terrorist, Merryn uses much of her strength and energy on keeping Bibi happy.  It’s a fool’s errand and a Sisyphean task.  Merryn has been psychologically abused by Bibi all her life.  Yet she is an incredible mother to Tenney.  Tenney is an incredibly intelligent little girl, but Merryn realizes that she is a little girl, a child who needs to be protected, loved, disciplined, fed, and heard. Precisely because Merryn is a good mother, she manages to confront the evil which terrifies her the most.  She faces the twisted lies she has told herself in order to survive a lifetime of Bibi’s neglect, bullying, and cruelty. Merryn masters true self-preservation.

While the criminal aspects of this novel are fascinating and brilliantly conceived, the transformation of Merryn from helpless trauma victim to fully realized, self-empowered (and sexy!) woman is what captures the reader’s attention.  Kaylie Jones’s writing is awe-inspiring, and The Anger Meridian is a spectacular and true domestic, psychological thriller.

Read this novel now.  I've read it three times since June.  It is life-affirming. You'll crave strong Mexican coffee and tasty food, wander the streets of San Miguel, feel the heat of the sun, and heat generated by a certain American physician.  You will be utterly captivated by Merryn and Tenney.