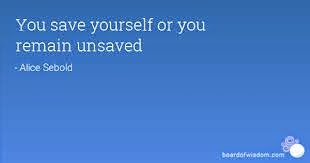 Personal Essay: Reading The World With My Mother

Travel has always been a passion for me.  When I was a small girl growing up in Queens, New York, my father would come home from work on a hot summer evening and drive our family (then consisting of him, my mother and me) out to Jones Beach.  I hold tight to my memories of those sandy, salty sunsets, remembering what was like to be small enough to be swung up in the air by the arm of each parent on either side of my body.

My mother passed along her love of books and literature to me, and she made sure I had every opportunity to read.  One particularly hot day in the summer of 1965, she and I walked nearly one mile from our white brick house to the Bayside Public Library. She allowed me to choose my own books. The first one I chose to check out was Curious George.  The fact that this monkey had traveled all the way to New York City to live in the zoo was incredible to me.  I had recently made my first visit to The Central Park Zoo for the 4th of July with my parents and Grandpa.  And my Grandpa's name was George!  I didn't recall seeing this monkey, but I knew that the word "curious" had been applied to me in many adult conversations.

Mommy nurtured my inquisitive nature, and my imagination, and bought me a book every time she could save enough from the household money.  When we moved to Munsey Park when I was nine, I would come home at lunch and regale her with the prizes I discovered in our elementary school library.  My favorite books were the large D'Aulaires Book of Greek Mythology and of Norse Mythology.  When I was thirteen in the summer of 1976, I rode my bicycle down to the Manhasset Public Library in order to procure as many Barbara Cartland Regency romances as my basket could carry.  In 1978 I came down with mononucleosis.  My mother went to the library for me and brought home the complete works of James Michener and John Steinbeck.  They each wrote about places far away, and I was able to escape my sick room by envisioning myself in Hawaii or California.  (Years later, my mother told me that she had read Michener's Hawaii while in the hospital for ten days just a month before I was born.)

Both my parents supported me financially and wholeheartedly to get my college degree, and were very proud that I got in at Wesleyan University.  When I chose English as my major, my mother was delighted.  On breaks I would tell her about all of the great books I was required to read.  Mommy always had loved the big novels of the 19th century, particularly Anna Karenina.

While I was in college in the early eighties, many of my friends took a semester abroad.  My father was highly protective, and could not bear the thought of his daughter being so far away.  After working for two years after college, however, I quit my job and spent the summer of 1986 in Western Europe.  My mother sent me letters care of the American Express offices in each city.  One of her first letters said,

"Each day must be like a present you open up, revealing new sights, sounds, and tastes, meeting all kinds of people."

She was right.  After my father died in 1991, my mother started to travel too.  She went away to several European cities with her girlfriends, and even got to see Morocco.  She and I took a few great trips together to Ireland, where her mother, my Grandma, was born.  While we are blessed with very loving, hospitable cousins, I believe our favorite visit included a side sojourn on the train from Dublin to Galway City.  We set out in the streets at dusk to find Lynch's Castle, and doubled over with laughter upon the discovery that our family stronghold had been turned into a bank.

As we moved into the new Millennium, and globalization continued, travel, ironically, became more and more of an unpleasant experience.  My last great holiday abroad with my mother was in March 2002.  We booked a tour of Naples, Sorrento, Rome, and Florence.  Besides 9/11, Grandma had died in October 2001, and I suffered a terrible back accident (which eventually required five spinal surgeries) in November.  My enthusiasm and exhilaration about returning to Italy after sixteen years served as a panacea to my two broken vertebrae.  I hobbled on cobblestone streets and the ruins of Pompeii with a cane. We had an absolutely perfect afternoon shopping the Via Condotti in Rome as I pursued, and purchased, a Salvatore Ferragamo red wallet.  After this fantastic leather acquisition, Mommy and I had perfect tiramisu in the Piazza Navona.  Before we got to our final destination in Italy, Florence, I took a tumble in a Roman trattoria, causing further injury to my back.

Once in Florence, my pain forced me to take to the bed in our hotel room.  I was  concerned about my mother due to my assumption that she, an "older" woman of sixty-three might not be as "worldwise" as me.  My mother rose to the challenge and stunned me.  Her first errand was to find an English language edition a book to keep my mind occupied, and she obtained a paperback of  Bag of Bones by Stephen King.  Then she found the best gelato place in Florence, and it happened to be located but a short distance from our hotel.  This conquest made her braver, and she kept spanning out further and further.  Within three days she had found a top-rate fine jeweler.  She returned to our room with small black velvet bags containing gold jewelry which she, always putting others first, had bought for herself!  My mother insisted on taking me to the establishment, and I watched in stunned silence as she bargained for a platinum and diamond bracelet.

Later this month, nearly thirteen years later, at her request, Mommy and I return to Florence to celebrate her seventy-sixth birthday.  (I shall be fifty-two in December.)  While I do not expect that the capital of the Renaissance will have changed greatly, I have had to recognize that she and I have. I'm preparing carry-on bags for each of us which contain a lot of over-the-counter medications for our various aches and pains. Aging affects us both.  We cannot turn the clocks back and become younger versions of ourselves.  I've also procured several books for Mommy, and loaded up my ebook reader. While we may not return to the past, we can continue to explore our present and dream of the future. This opportunity to share La Dolce Vita with my mother is more valuable to me than all the jewelry in Florence.
Posted by The Wiseacre at 6:34 PM 8 comments: