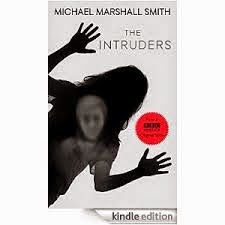 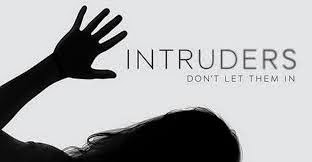 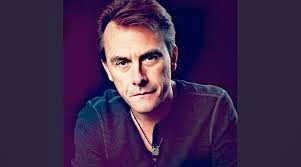 When I learned that the new BBC-America hit television series INTRUDERS was adapted from a novel by Michael Marshall Smith, I felt compelled to read his book. THE INTRUDERS was my introduction to this exceptional author. When I did some research about him, I was surprised to learn that he has long been lauded (and awarded) for his work as a science fiction and fantasy writer. Then I discovered that he also wrote crime fiction. I'm currently reading STRAW MEN, the first in his thriller trilogy. Michael was kind enough to do this Q&A. My aim with the questions was NOT to disclose any key plot points of either the book or the television series while exploring setting, themes, and background research.

(1) Your first novel ONLY FORWARD, initially published by HarperCollins UK in 1994, was awarded the Philip K. Dick Award in 2000 for best original science fiction paperback published in the United States.   The award is given out every year at Norwescon, the science fiction and fantasy convention located in Sea Tac, Washington, a suburb of Seattle.  Seattle appears not to be just a setting, but a character in the novel.  What was it about Seattle and the Pacific Northwest which made you choose it as the location of THE INTRUDERS?

I’m glad you felt that —  it’s something I try to do with all my novels. A sense of place is critically important to any story, and the flavour and atmosphere of either a city or tiny town can contribute a huge amount to the tone, to the point where yes, the location becomes a character in its own right, shaping the narrative, speaking quietly in the background: Frank Lloyd Wright said a house should be “of the hill, not on the hill”, and I think the same is true of story and location.I haven’t been back there in a while, but there was a period when I seemed to be passing through Seattle and the Pacific Northwest every year or so (including for that NorWesCon where I was delighted to receive the PKD Award), and I loved the area. The Cascades and the Olympic Forest are amazing, and that bleak, silent coast line… and I’d happily live in Seattle, too: it has an extremely distinctive atmosphere, great bookstores and food and coffee, some unusually interesting history and geography (sandwiched between mountains and that frigid bay)… and more than a hint of the strange.

I’d already used the Cascade Mountains as a locale in an earlier novel, THE LONELY DEAD (published as THE UPRIGHT MAN in the US, for reasons I’ll never quite understand), and Seattle simply seemed like the right choice for THE INTRUDERS. The story was initially going to be tied even more intimately to Seattle's past, in fact, but some of that material didn’t make it to the final draft. I was aware however that I didn’t know the place well enough before I started writing, and so - in a rare moment of professionalism - took myself there for a week. I spent eight hours a day walking the streets alone for hour after hour, pausing only for coffee and book stores, and the evenings in a variety of bars drinking local ambers and reading local history. It’s the best way to get to know a town quickly, I think, and I did the same for NYC when I was preparing to write must last novel, WE ARE HERE...

(2) While you have a tremendous fan base with science fiction and fantasy fans, I believe that THE INTRUDERS definitely places you in the pantheon of crime fiction.  In fact, on your author website you refer to THE INTRUDERS as “a compelling thriller about human nature.”  While I wouldn’t want to spoil the plot for any of your readers (or fans of the television series), the novel begins with two murders, and three missing persons.  You certainly have the mastery over all the elements of a thriller.  When the International Thriller Writers was formed in 2005, their mission was to “educate readers about thrillers.”  David Morrell gave a definition of "thriller" in this excerpt from Crimespree Magazine: