For Mother's Day: Seven Of My Favorite Novels About Motherhood 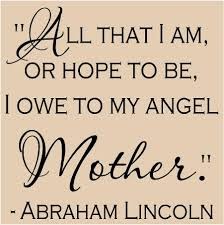 Mother's Day is on Sunday, May 10, 2014.  Here are seven of my favorite novels from the past few years which feature motherhood as a central theme.

THE FIFTY-FIRST STATE by Lisa Borders (Engine Books, September 23, 2013) Hallie Corson left her name ("Holly") and family behind in Oyster Shell, New Jersey (in South Jersey) during her college days nearly twenty years ago.  She is a photographer in New York who didn't "make it" quite as far as she hoped she would, and she is single. One call from her hometown changes Hallie's life utterly.  Her father and stepmother are killed in a car accident, and her half-brother Josh (seventeen) is in need of a parent. The novel takes place during the course of Josh's senior year of high school, and the reader watches both of these compelling characters grow up and grow together into a family. Borders is a strong storyteller who tackles a story about death, grief, bereavement and new beginnings with such delicacy and beauty.  She has particular strength in writing realistic scenes between characters, and in describing the natural beauty of South Jersey.  This is an unforgettable and rich family saga which continues to reverberate long after the last word.

THE GHOST BRIDE by Yangsze Choo (William Morrow, August 1, 2013)  Set in the Chinese community of 19th-century British colony of  Malay (now known as Malaysia), this debut novel is a spectacular mix of historical fiction, Chinese folklore, romance, adventure, mothers and daughters, and a truly original imagining of the paranormal and of the afterlife.  The main character is Li Lan, a young woman whose entire life has turned out badly because her own mother died when she was a girl.  Her father has allowed grief to consume him, and he spends his time smoking opium.  Her only marriage proposal comes from a wealthy family who wants Li Lan to be the "ghost bride" of their dead eldest son.  Li Lan is one of the strongest women characters in recent memory.  Choo's novel is magical in concept and in her prose style but so thoroughly grounded in its own reality. This is a breathtaking novel to be treasured.

ECHOLOCATION by Myfanwy Collins (Engine Books) My review from May 9, 2012

THE WHIPPING CLUB by Deborah Henry (T.S. Poetry Press) My review from April 3, 2012

NIGHT SWIM by Jessica Keener (Fiction Studio Books) My review from May 15, 2012

THE WIDOW WALTZ by Sally Koslow (Viking Adult) My review from November 18, 2013

MY NOTORIOUS LIFE by Kate Manning (Scribner, September 10, 2013)  This is a masterful piece of historical fiction in which Manning examines the life of Axie Muldoon, the daughter of Irish immigrants who resides in the slums of lower Manhattan in the mid-19th Century.  After her widowed mother suffers a terrible accident, Axie does what she can to keep the rest of her family  (her younger sister and baby brother) intact, but, as a child herself, she is unable to do so.  Her mother returns from the hospital, and Axie finds a few months of happiness in their squalid tenement with her.  Yet, a few months later, tragedy strikes again, and Axie ends up as a maid servant in the household of a married couple who help women through giving birth, as well as with the prevention and early terminations of pregnancies.  Axie soon becomes apprenticed to the wife, and learns how to become an excellent midwife, determined not to allow her women patients suffer from the horrors of unwanted pregnancies, bad childbirth and postpartum complications.  She grows up to be a fine, strong, and very wealthy woman with a sexy, headstrong husband.  When Axie becomes a mother,  her career choice constantly puts her in danger of losing her own family since her profession is considered immoral and illegal.  Manning's rendition of this particular place and time is sumptuous in style and in detail. Her ear for dialogue is superb. She captures the courage of Axie Muldoon while, with equal courage, she tackles the issue of women's reproductive rights, an issue which is still as topical and controversial as it was one-hundred-fifty years ago.
Posted by The Wiseacre at 2:25 PM No comments: