Personal Essay: Preparation of the Believer 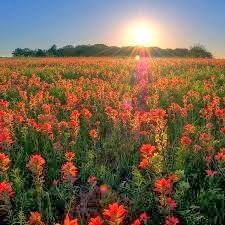 As I am named “Maura Lynch,” it won’t come as a great surprise to you that I am an Irish-American who was raised as a Roman Catholic.  While I am no longer a devout Catholic, I retain a great respect and solemn memories of the season of Lent.  I was born after the Second Vatican Council convened, so my generation was not inculcated in the harsh penance, self-denial and atonement which previous generations experienced during Lent.   Yet, growing up I wanted to be the best Catholic I could be.  So I did pray, and reflected thoroughly about the suffering and sacrifice Jesus Christ endured.  Every year Lent concludes after forty days with the joy of Easter, the celebration of the Resurrection of Jesus Christ three days after his crucifixion.  The death and resurrection of Christ is the central tenet of Christianity.  I remember how a priest taught us that we were preparing for the greatest celebration ever, and that it was especially important to be kind to others, and to perform good acts.  Even though it’s been decades since I have attended Mass regularly, I can still recite the recite the Nicene Creed. As a child I knew that the gravest part of the Creed was this passage:

For our sake he was crucified under Pontius Pilate;
He suffered death and was buried.
On the third day He rose again
In accordance with the scriptures
He ascended into heaven
And is seated at the right hand of the Father.

Many scholars have written about the way the Roman Catholic Church appropriated previously pagan celebrations and symbols in order to make the conversion to Catholicism a smoother one.  My favorite is the co-option of spring, a time when nature revives after the fallow season of winter, and a time of fertility, as the time when Easter is celebrated.  And so, as today is Ash Wednesday, I am going to take the next forty days to develop a spiritual and creative reawakening for myself.  I have been using social media to promote other writers’ work and books.  This activity has brought me a good deal of enjoyment and gained me some exposure.  But hours preparing #FF posts, catalogued by genre, are hours I have not spent writing.  As a very wise and trusted mentor once said,

This time I spend writing may incur sacrifice in that some Twitter accounts may stop following me.  That's a small price to pay, for if I do not believe in myself first, how can I believe in others and support them with a full heart?  During my season of Lent there will be no self-denial, no penance, no atonement for focusing on what fulfills me.  I devote this time to a construction and celebration of a personal resurrection.