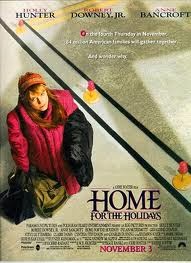 Book Review: HELP FOR THE HAUNTED by John Searles 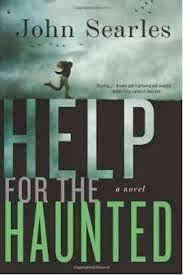 John Searles, the author of HELP FOR THE HAUNTED, demonstrates how deftly a great deal of fear can be generated in this unique psychological horror/coming-of-age novel.  He plumbs terrors which may be supernatural, as well as the awful, sometimes shocking horrors which inhabit every family home.  The late 1980’s setting is perfectly constructed.  The crowning achievement is the main character, and narrator of the novel, Sylvie.

Like most teenagers, Sylvie Mason (13) feels that she is an outsider.  She is a quiet, obedient girl who adores her mother and obeys her father.  Sylvie doesn’t have many friends, and spends a lot of time reading and writing.  However, Sylvie happens to be right about being treated as an outcast.  Her parents, Sylvester (50) and Rose (45) are paranormal investigators (Searles surely modeled them after real-life paranormal investigators Ed and Lorraine Warren).  Sylvester and Rose are the providers of help for haunted souls.  The gossips in their small town of Dundalk, Maryland do speculate and wonder about what strange horrors the Masons keep in their basement.  Even as their daughter and an occupant of the house, Sylvie wonders what is really going on in her home.

Sylvie’s older sister, also named Rose (18), is wild.  She smokes, she does drugs, she drinks, and she constantly fights with Sylvester.  Rose left home three days ago.  She rings her parents from a payphone in town, and asks her parents to meet her on neutral ground, at their parish church.  Sylvie’s parents do not want to leave her home alone, so the three of them drive in a blizzard to the church.   Sylvie waits in the back seat of the car after first her father, and then her mother, goes into the church to speak with Rose.  She falls asleep, wakes up, and ventures inside as well.  What she discovers changes her life in a permanent, drastic way.  Yet, while events may be unalterable, Sylvie gradually finds her way to helping her own haunted self.

It is easy to lose oneself in Mr. Searles story. He has written a very modern Gothic novel. Sylvie is the traditional virgin maiden who possesses an innocent, delicate nature.  She witnesses and encounters terrible, frightening and mysterious experiences.  While Sylvie begins as a young woman in distress, she does fight her afflictions and does not disappoint.  It was such a great pleasure to spend hours with such a complex and intricate character.  Sylvie and Rose’s relationship contains all the elements of a real sister relationship, at times savage, then tender, and always full of fierce love.  John Searles is a thoughtful novelist whose talent and tremendous empathy enables the reader to fully engage with this fascinating tale.
Posted by The Wiseacre at 4:40 PM No comments: 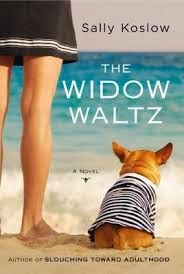 Sally Koslow’s fourth novel is an example of really great contemporary women’s fiction.  The Widow Waltz is entertaining, and it has depth.  Koslow’s writing style is deceptively light, and unerringly true, so that the story unfolds effortlessly.   The novel’s plot and themes—family, husbands and wives, widowhood, grief, mothers and daughters, and starting one’s life over--are well-served by this prose style.  The settings—New York City as lived by “the 1%,” and its country equivalent, the Hamptons—are rendered to perfection.  Most importantly, the characters are all multi-dimensional.  Then there’s the bonus of intrigue and mystery.

Georgia Waltz (50) married Ben Silver (53) when she was twenty-one.  Ben was very handsome, and very ambitious.  He became an attorney, and provided Georgia with a lavish Manhattan life style.  They were very much in love, and have enjoyed raising their two daughters.  Georgia and Ben adopted Nicola as an infant from Korea.  As soon as Nicolas arrived, Georgia discovered she was pregnant with Louisa.  While the sisters are only a year apart in age, they are quite different in temperament and personality.  Nicola ("Cola") (24) is “the good daughter,” elegant, responsible and dutiful.  However, she is somewhat directionless, and has shifted from job to job.  Louisa ("Luey') (23), although an excellent student who attends Stanford University, has a mercurial nature, and acts somewhat bratty and immature.

When Ben drops dead from a heart attack after twenty-nine years of marriage, Georgia is devastated. She grew up in a very wealthy, mainline Philadelphia family.  Her father Martin, now deceased, was a jeweler.  Her brother Stephan, who is somewhat distant and aloof with Georgia, also is a jeweler, with a suite on Fifth Avenue.  Their mother Camille suffers from Alzheimer’s and is in an upscale New Jersey nursing home.  Georgia’s best friend Daniel “Danny” Russianoff runs an art gallery.  He also happens to be her brother Stephan’s life partner.

Besides dealing with her enormous grief, Georgia learns that Ben has left her nearly penniless.  While the news is devastating, and she wants to find out how this could have possibly happened, Georgia has to deal with reality immediately. She has to downsize, and sell whatever assets she has.  She also needs to truly connect with her two daughters, Nicola and Luey.  Ben’s death, and his financial betrayal, plus other events and discoveries, force all three women to find inner strength, and leave helplessness behind.

Since Koslow has written characters in which the reader quickly becomes emotionally invested, and because the plot has many twists and turns, I definitely would deem The Widow Waltz a page-turner.  However, I savored this novel because I didn’t want to leave this smart, wonderfully executed novel too soon.  I recommend reading this wholeheartedly.  And I hope that someone is clever enough to buy film rights because this would make a terrific movie with great roles for women to play.